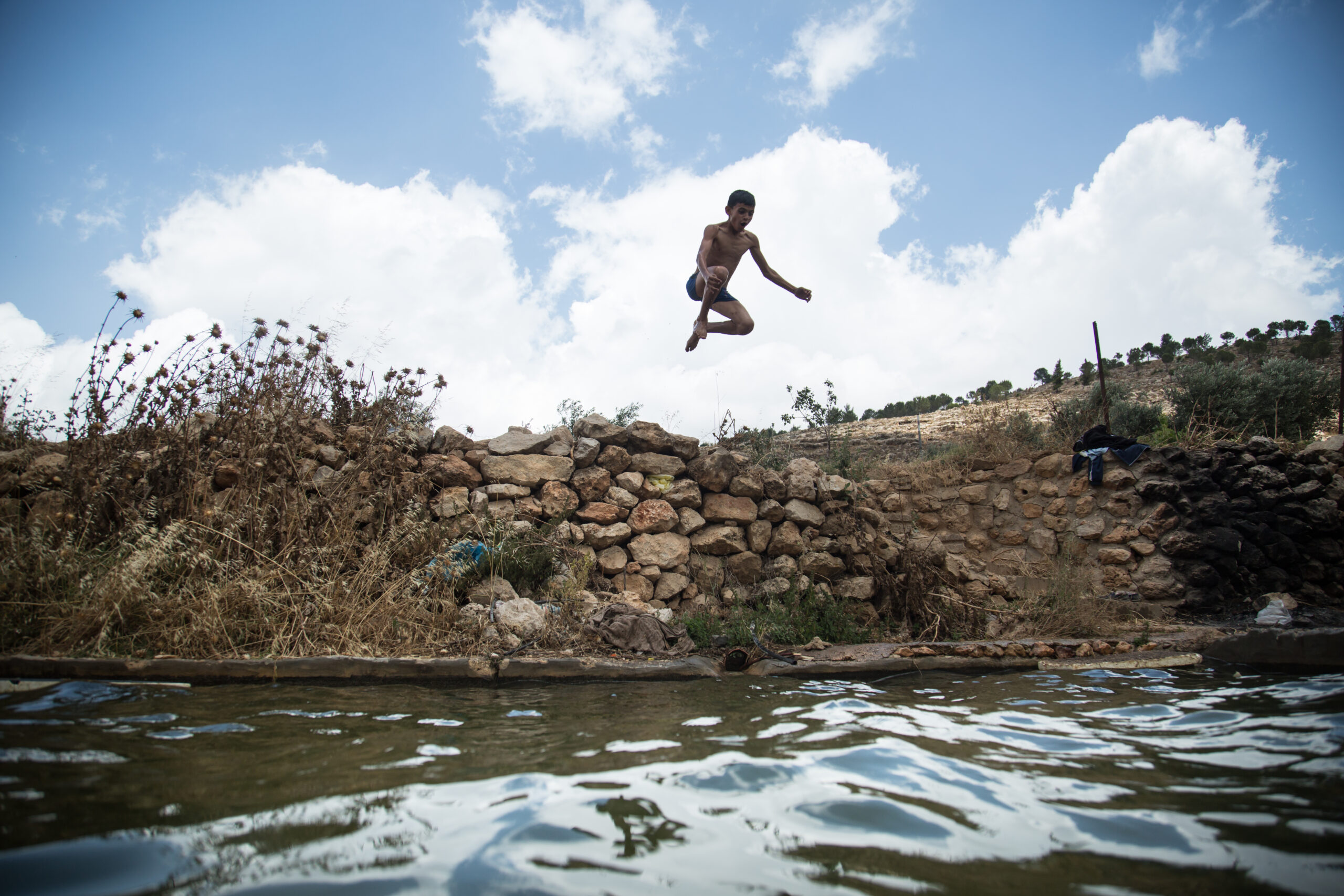 Access to clean and affordable water is a right enshrined in all bodies of international law. It is perceived as a right that underpins all others, as it “is a prerequisite for the realization of other human rights.”

Palestinian access to water is completely controlled by Israel.

Access to clean and affordable water is a right enshrined in all bodies of international law. It is perceived as a right that underpins all others, as it “is a prerequisite for the realization of other human rights.” But rather than assist Palestinians in fulfilling their right to clean water, Israel actively obstructs them from doing so through a host of policies.

Israel and the Palestinian territories share two water systems: the Western (or Mountain) Aquifer and the Jordan River Basin. The former comprises 60% of Israel’s overall water sources and is located in the occupied West Bank. Israel consumes 80% of this source’s annual yield, while less than 20% is allocated for Palestinians.1 Palestinians are entirely prohibited from accessing the second water system, the Jordan River Basin – primarily by Israel, but also by Jordan and Syria to a lesser extent.2

In a region where water scarcity already poses problems, Israel has introduced policies that restrict Palestinian access to freshwater to a fraction of what the average Israeli enjoys. This is despite Palestinians having fair control over the water aquifers from which Israel draws its water. In essence, Israel adopts a “drip-feed” approach, whereby it sells water to Palestinians within the occupied territories by limiting their ability to produce, develop, or maintain water infrastructure. All the while, Israel allocates a vastly disproportionate amount to its own citizens.

The challenges Palestinians face in accessing adequate and clean water is the result of long-standing Israeli policy, as opposed to a natural difficulty arising out of climatic drought conditions and the environment of the region.

The discrepancy in water consumption between Jewish settlements within the West Bank and Palestinians is staggering: some settlements consume around 400 liters per capita per day, compared with 73 liters per capita per day for Palestinians residing in the West Bank. The situation in the Gaza Strip is even more desperate, as Gazans are not allowed to enjoy any of the water resources available to the rest of the Palestinian territories.