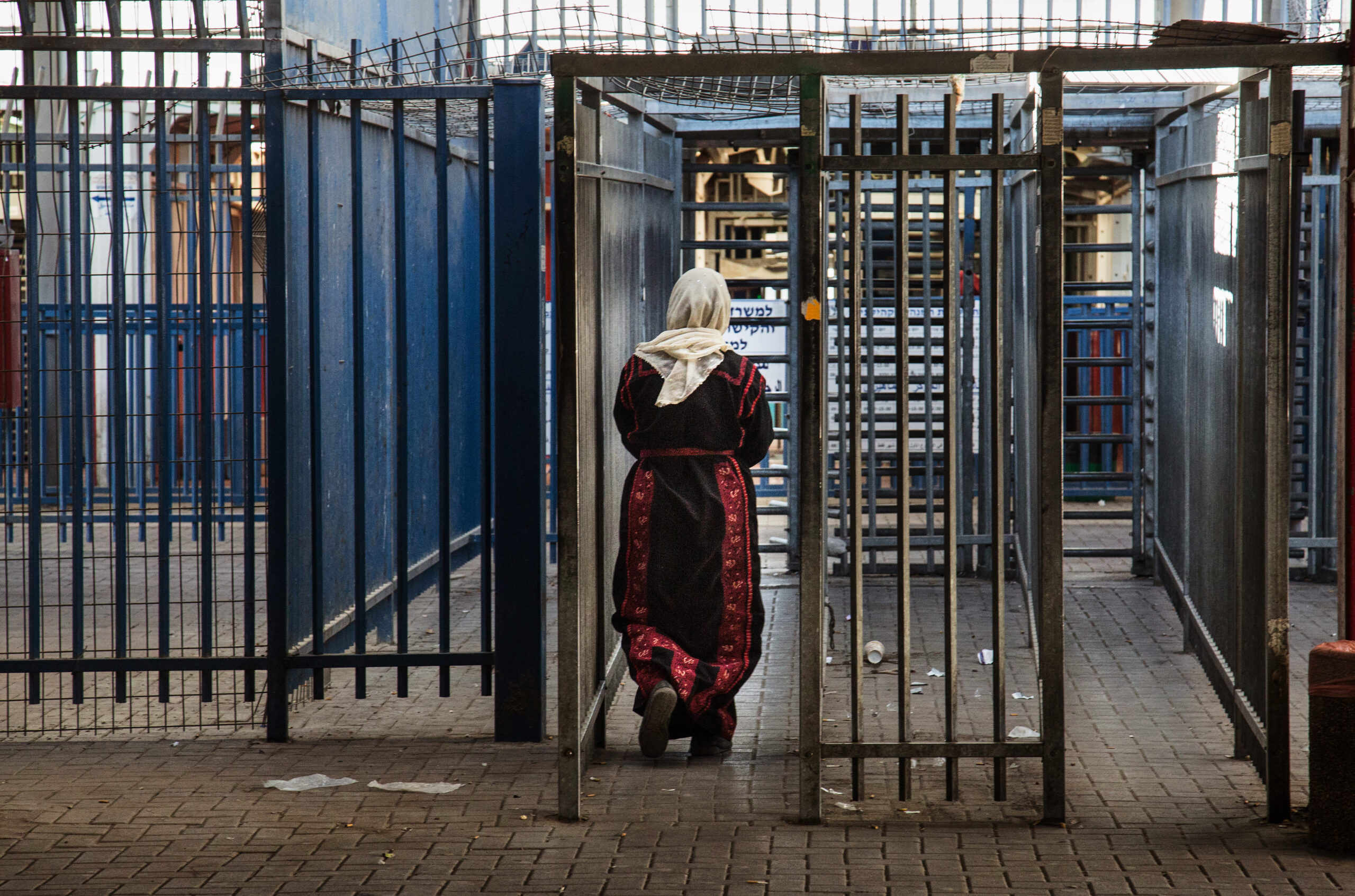 Freedom of movement is a basic human right enshrined in international law, and one that encompasses crucial aspects of day to day life. Movement means going to school, going to work, walking, driving, being free.

The movement of Palestinians has been systematically undermined by Israel since 1948.

Freedom of movement is a basic human right enshrined in international law. It is not simply a right in and of itself. The right to move freely is a requirement to almost every other aspect of life. People need to be able to move, to access transport, to drive, to walk, in order to go from their home to their schools, to work, and to hospitals. Families need to move so that they can be together. Movement is a prerequisite to survival.

Citing security concerns and fears of Palestinians, Israel uses extensive tools to block Palestinian movements. Palestinians must deal with countless military checkpoints and physical obstacles that proliferate throughout the West Bank and that indefinitely delay their journey to school, work, to the hospital. At these checkpoints, Israeli army officials control the movement of Palestinians, and often humiliate them with verbal abuse, threaten them, and are sometimes physically violent against them. It is not uncommon for Palestinians to sometimes be shot at or killed at these checkpoints.

In the early 2000s, during the Second Palestinian Intifada, whole cities and villages were often placed under curfew by Israel’s army for prolonged periods of time, whereby Palestinians were locked up in their homes for days on end, able to exit at risk of being killed. A wall over five hundred kilometres long separates Israel and the West Bank, often dividing Palestinian towns in half, severing families and lands, and destroying the livelihoods of thousands of Palestinian farmers no longer able to access their plots of land.

In the Gaza Strip, the right to move freely was altogether taken away in 2007: until today, no Palestinian is allowed in or out of the Gaza Strip without Israel’s permission, leaving Gaza’s population under an indefinite siege.

These policies are not recent. They are also not a response to security fears by Israel’s government. They have been in place since the establishment of the State of Israel in 1948, when Palestinians within Israel were ruled by Israeli military law until 1967. The policies have evolved in various forms that are intended to maintain Israel’s territorial control over Palestinian land, increasingly concentrating Palestinians into bite-size enclaves.

Segregating Palestinians in their ability to move freely has become increasingly evident over the years, perhaps nowhere more starkly than in Israel’s Jewish-only roads. Israel has developed a system of roads and highways that cut through the Palestinian West Bank, connecting illegal Jewish-only settlements with Israel. Despite dissecting the land mass of the West Bank, Palestinians are not allowed to drive on those roads, or access those settlements. These policies reflect a clear and successful attempt at the physical segregation of Palestinians away from Israeli Jews.