Palestinians living in the occupied territories who wish to work in Israel are restricted to certain sectors due to the Israeli permit system, predominantly agriculture and construction, resulting in lack of choices and stunted professional advancement. There are even age, gender and family status restrictions placed on obtaining these work permits.4 Palestinian citizens of Israel are also often faced with Israeli companies that have discriminatory hiring policies, such as requirements to have served in the Israeli military.5

In the occupied territories, restrictions on movement undermine the ability of Palestinians to even access their work places, and the restriction on land access for Palestinians means a significant amount of land in the West Bank which could be used for agricultural purposes is off-limits and un-used.6 Due to the obstacles on movement and the unsatisfactory condition of the Palestinian economy, many Palestinians seek work in illegal Israeli settlements in the West Bank. Palestinians working on these settlements have been found to be paid below the Israeli minimum wage, with no access to required benefits, and there have even been reports of child labour.7 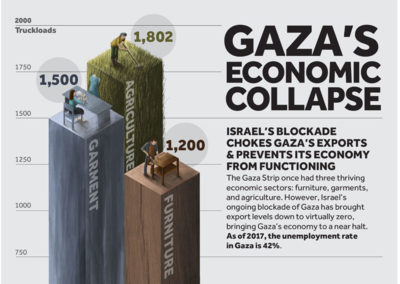 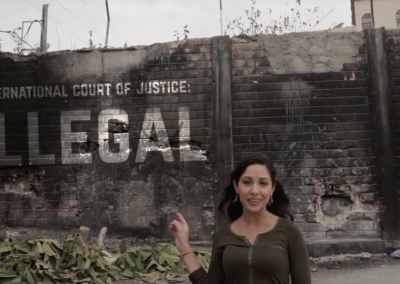 Freedom of Movement, Right to Work