Education is a fundamental aspect of economic development and central to the realisation of human potential. Both Palestinians living under Israeli occupation and Palestinian citizens of Israel, however, experience regular violations of this right, as a result of a series of measures and policies, including underfunding, physical destruction of educational institutions, and prevention of access to schooling for Palestinian children through restrictions on freedom of movement.

The Israeli Ministry of Education took over most schools in Palestine following the establishment of the State of Israel in 1948. Israel created three separate school systems based on ethnicity and religiosity: schools for religious Jews, secular Jews, and Palestinians.1 Since then, the quality of schools across systems has been noticeably different, with Palestinian schools faring the worst.

For Palestinians living in the occupied territories, Israel violates their right to education primarily through restrictions on freedom of movement, which places physical barriers on receiving an education and gives students little to no choice concerning which schools they attend.3 Palestinian children are frequently barred from attending school, and educational life becomes precarious rather than guaranteed.

Inside Israel, Palestinian children’s right to education is not fulfilled due to Israeli discrimination and systematic inequality. Palestinian children who are citizens of Israel attend schools that are understaffed, poorly built, under-resourced and overcrowded.4

Palestinian Bedouin in the Negev have particularly suffered from Israeli policies on education. There were no secondary schools for Negev Bedouin until 1969, and before then, many students had to travel long distances to attend school or simply did not attend at all.5 Today, there are still less educational services for Negev Bedouin than for other Palestinians.

The education system in Gaza is particularly desolate due to Israeli military attacks, the ongoing blockade on Gaza, and a lack of funding. The 2014 war on Gaza particularly hurt the education sector, leaving 258 schools significantly damaged and 26 schools damaged beyond repair.6 Israel has even been found to specifically target schools for destruction.7

For Palestinian refugees, receiving education means reliance on non-governmental organisations like UNRWA, whose schooling facilities are often overcrowded and underfunded. Further funding cuts which have been announced will certainly exacerbate this.8 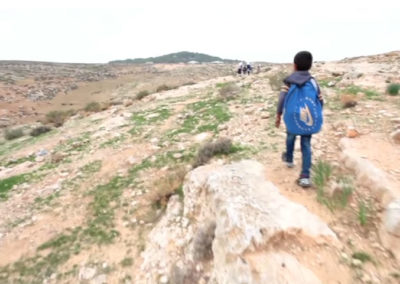 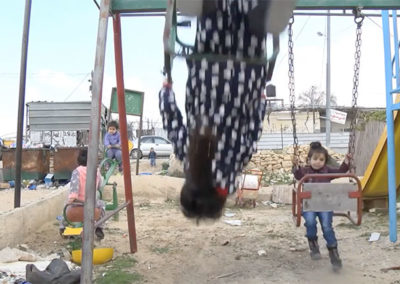 Everything is Forbidden (credit: Al-Haq) 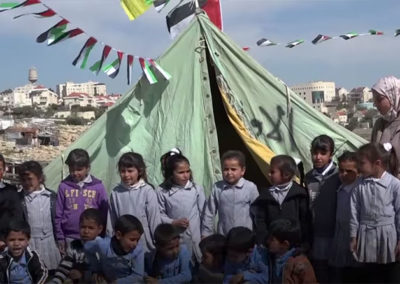