Where Law Stands On The Wall (Credit: Visualizing Palestine) 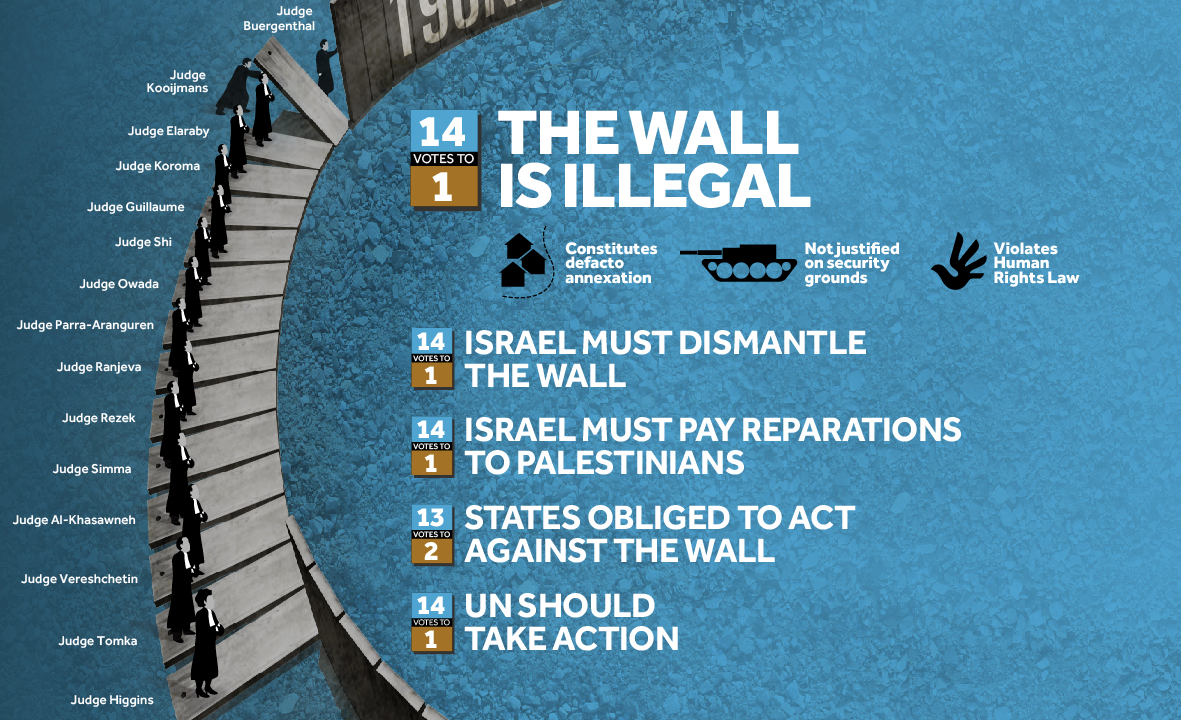 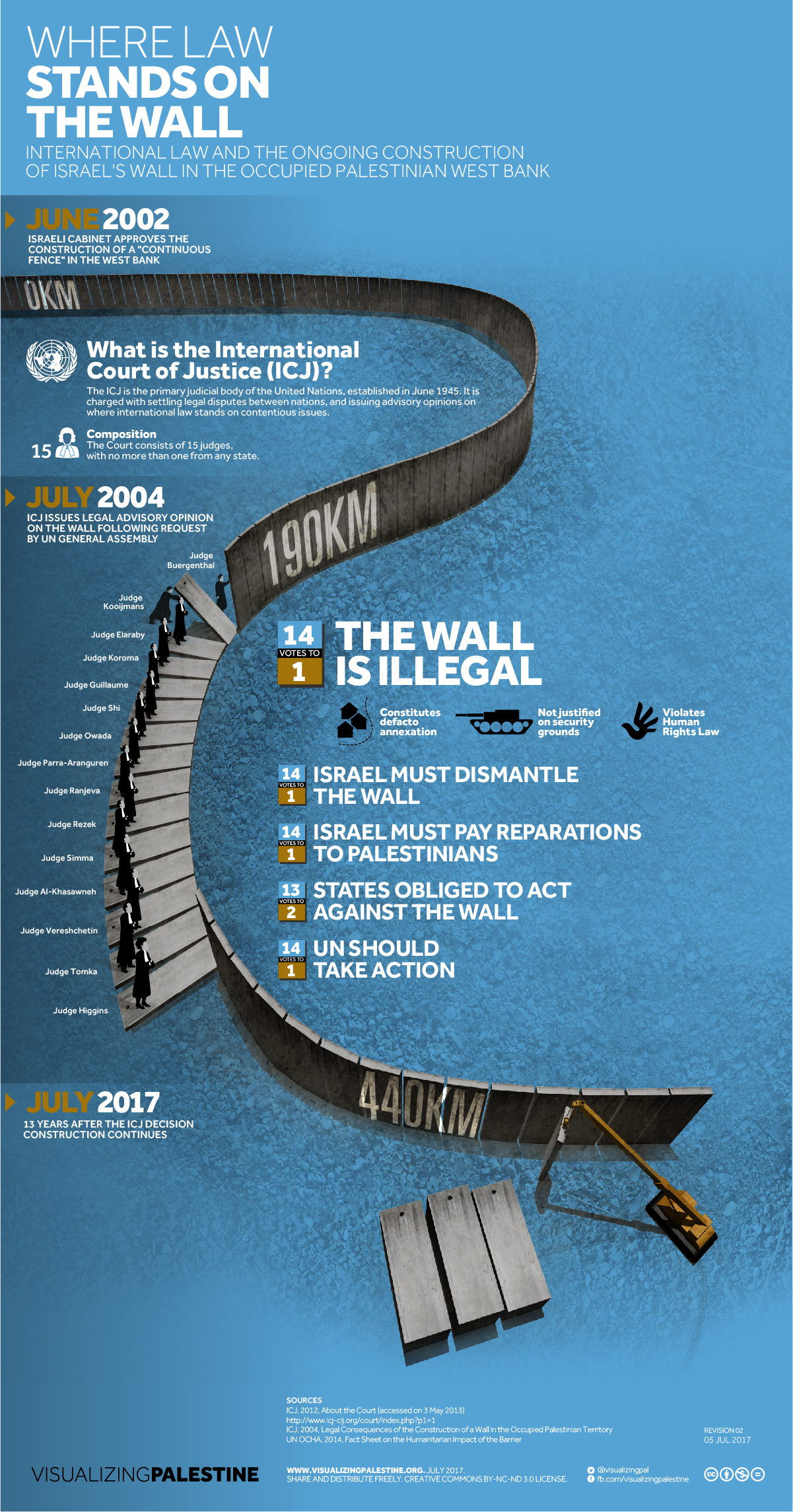 Israel has been building the West Bank separation wall since 2002, stretching over 700 kms of land in the Occupied West Bank. This infographic shows why the wall is illegal under international law, going through the International Court of Justice’s 2004 decision in detail.

In June 2002, the Israeli cabinet approved the construction of a “continuous fence” in the West Bank. In July 2004, the International Court of Justice (ICJ) declared this barrier illegal, choosing to refer to it as a “wall”. The infographic ‘Where Law Stands on the Wall’ describes the detail of ICJ’s decision. Today, 12 years on, and despite wide condemnation, little has been done by the international community to hold the Israeli government accountable for its ongoing disregard of international law.