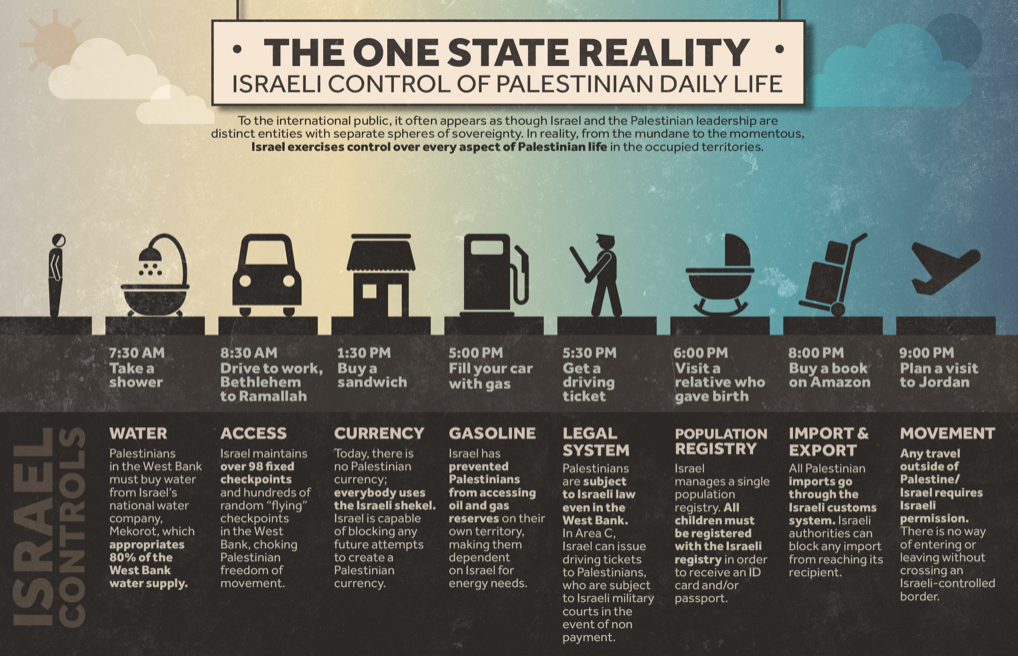 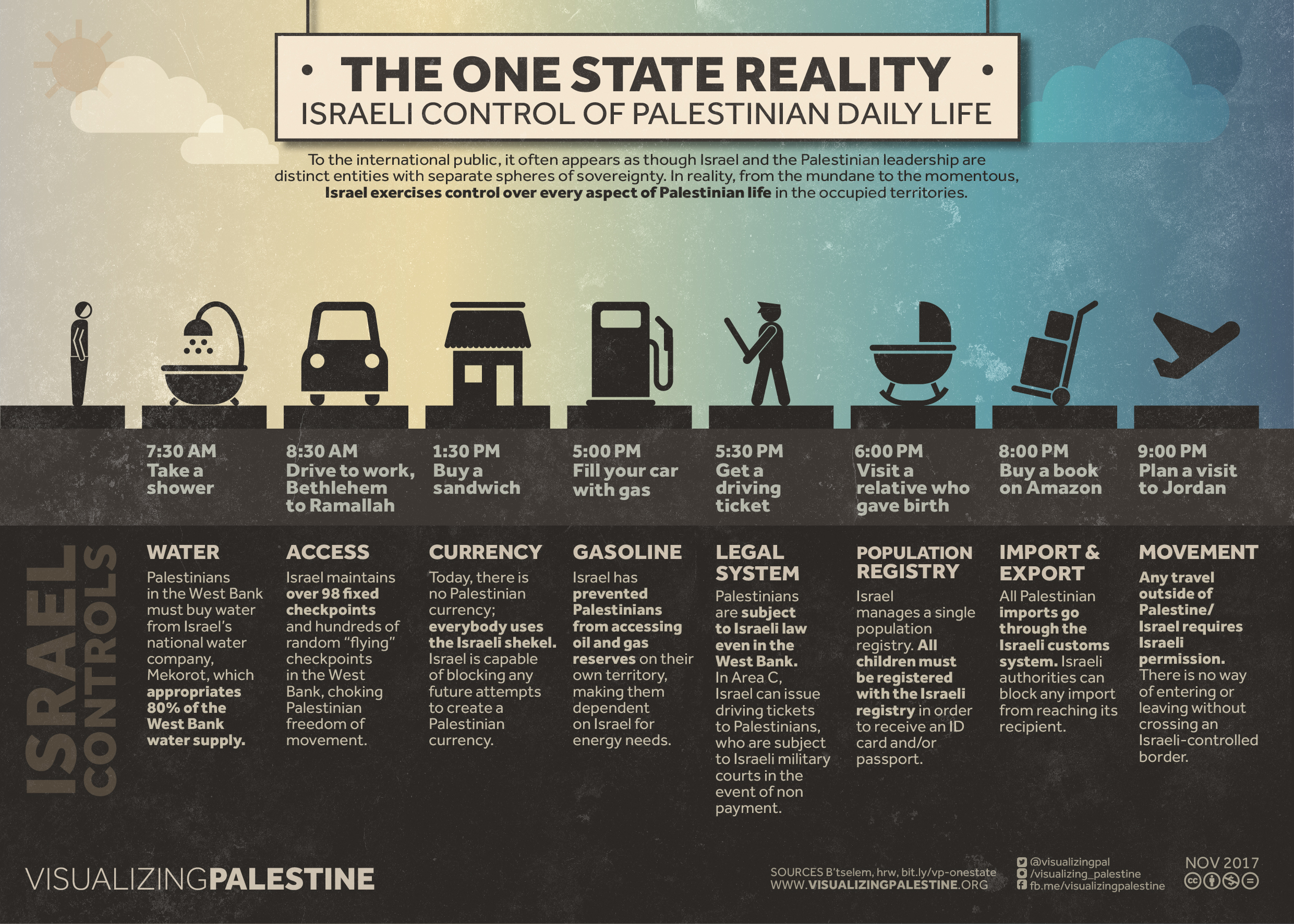 A graphic illustrating the Israeli control of different aspects of life in the occupied Palestinian territories, from water to movement to commercial and economic life.

From the mundane to the momentous, Israel controls Palestinian daily life Diplomacy and the media have spread the myth that Palestine is almost a state, as though the only thing missing is recognition of its sovereignty as an independent state alongside Israel. However, the concept of a two state solution obscures the reality on the ground: Israel exercises de facto sovereignty over the Palestinian Territories, controlling all facets of Palestinian life and livelihood — there is only one state that determines the currency Palestinians can use (Israeli Shekel), or receive an ID number (from the Israeli population registry) or the ability to import products (via the Israeli customs system).Consequently, Palestinians live their daily lives under the authority of Israel but receive none of the rights or benefits a state owes to those it governs.