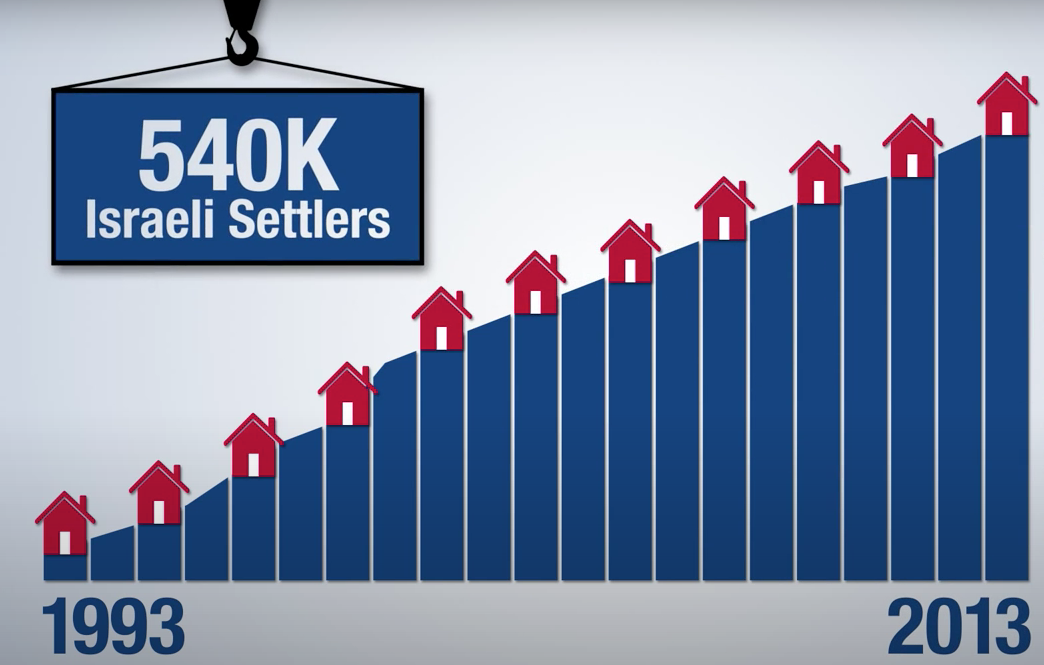 The building of Israeli settlements on Palestinian lands has dramatically increased since 1967. Why are these settlements illegal under international law? And what actually drives Israelis to live in the Occupied Palestinian Territories?

In the Occupied West Bank, half a million Israelis live in over a hundred settlements built on Palestinian land. The government of Israel says it has a right to build these settlements; the rest of the world disagrees. Find out why Israelis choose to live on occupied land, how they affect Palestinians, and why, despite international condemnation, the settlements continue to grow.