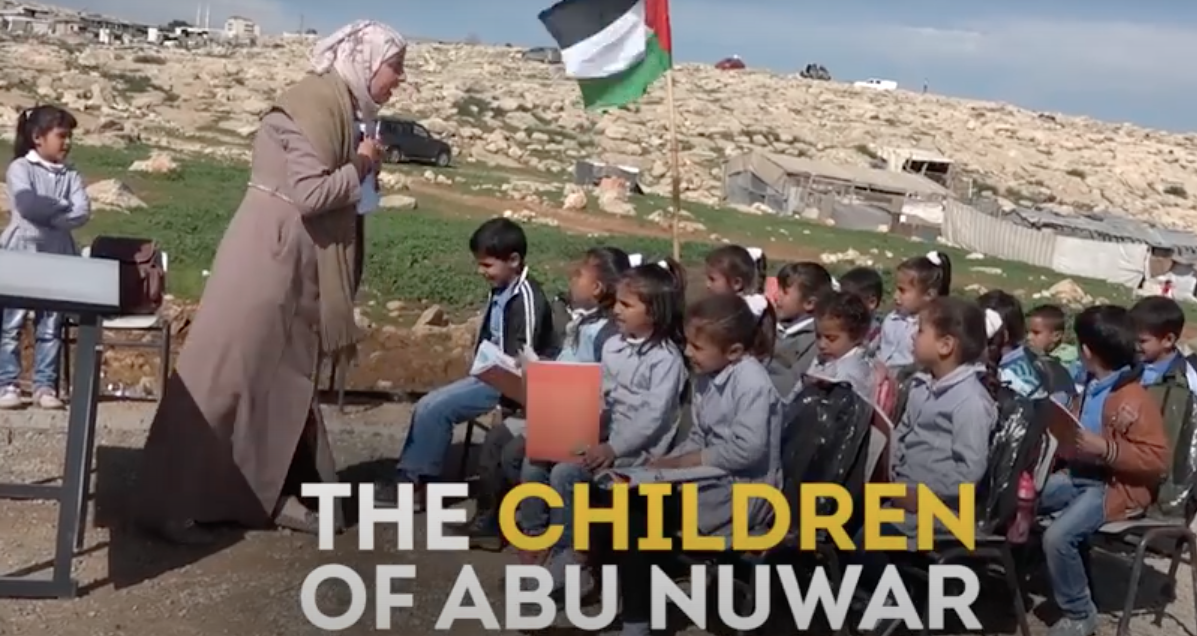 Being able to going to school is not guaranteed for children in Abu Nuwar village in the occupied West Bank. In this short video clip, see how these students started learning in tents after their school was demolished for an Israeli settlement to expand.

Elementary school children from the Bedouin village of Abu Nuwar in the Occupied West Bank were left to study outside after Israel demolished their school. The village is located in an area known as E-1, a zone demarcated for the planned expansion of the nearby illegal Israeli settlement of Maale Adumim.