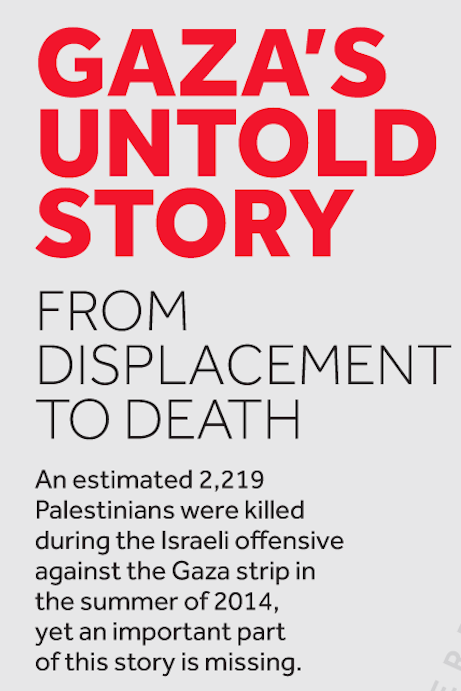 Israel uses the claim of self-defence to justify military operations against Palestinians. However, in 2014, Israeli assaults in the Gaza Strip killed more than 2,000 Palestinians, 56% of whom were already refugees. This visual shows their villages of origin.

2,219 Palestinians were killed during Israel’s 2014 offensive against the Gaza Strip. However, a large part of the story is left untold. Over half of those killed were refugees who were displaced from their homes in Yafa, Salama, Isdud, and many other villages and towns, as a result of and following the Nakba in 1948. The majority of those killed lived in refugee camps in the Gaza Strip within a 30 mile (50 km) radius of their homes of origin. A total of 1,236 refugees were killed during the 2014 offensive, including at least 309 children.