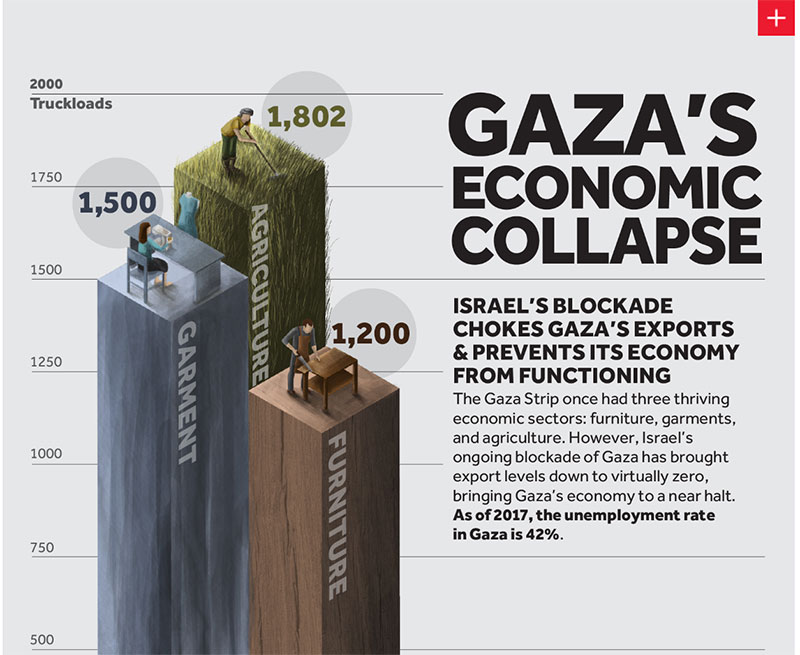 A visual explaining the collapsing economy in the Gaza Strip, including unemployment rates and the major impacted sectors, 10 years after the Israeli blockade.

The Israeli-led illegal blockade of Gaza has decimated the Gazan economy, and Gaza’s once-strong furniture, garment and agricultural sectors have been all but destroyed after more than a decade of restrictions on exports, imports, and movement. Gaza has been declared unlivable by the UN, with one of the highest unemployment rates in the world and 80% of people relying on humanitarian aid to survive. This visual was produced in collaboration with Oxfam, and builds on Visualizing Palestine’s extensive work to highlight the daily realities faced by Palestinians living in the Gaza Strip.