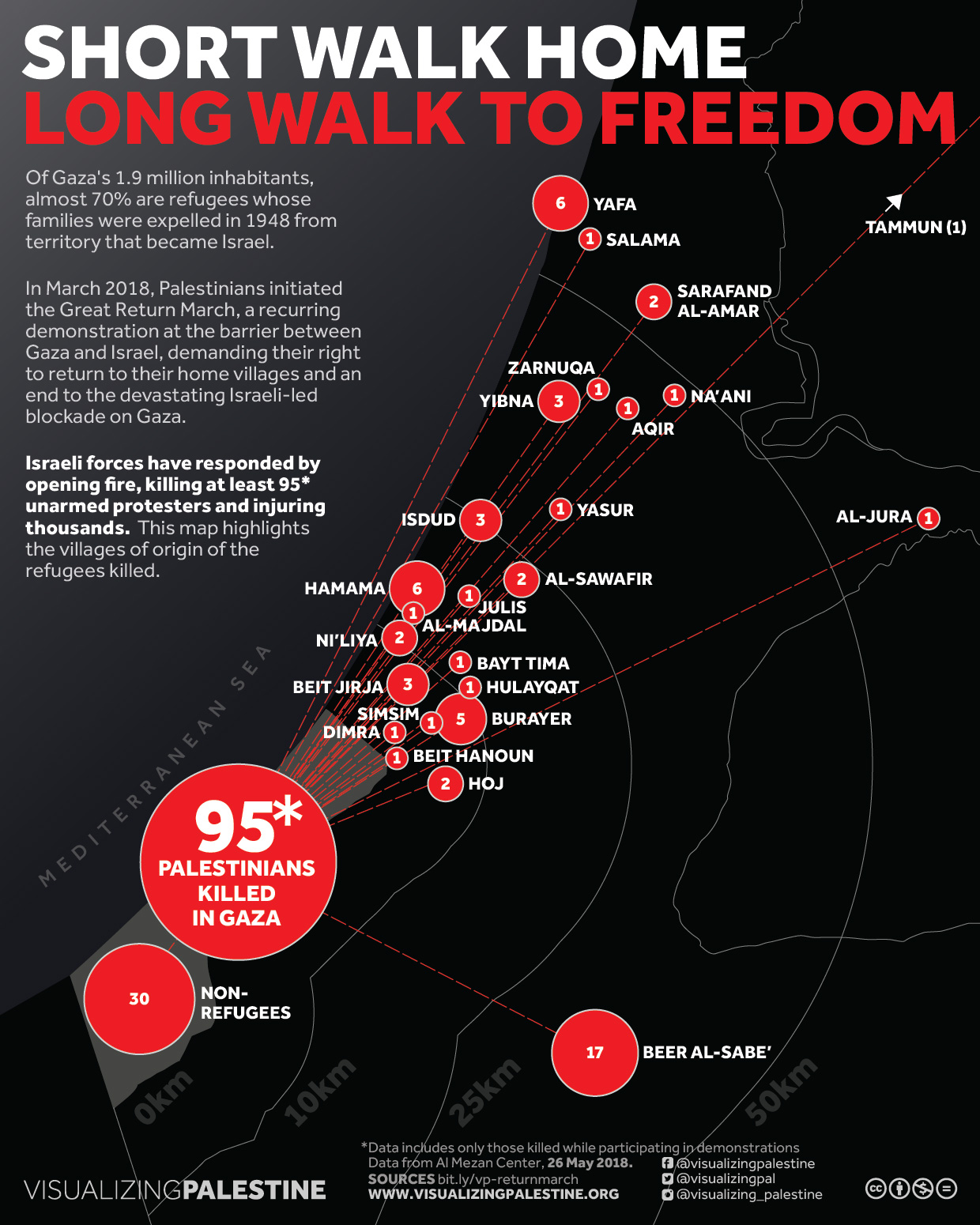 As of May 26th 2018, Israeli snipers killed 95 Palestinian protesters during the Great March of Return. Why are these refugees protesting in the Gaza Strip, and which Palestinian villages do they originally come from?

95 Palestinians have been killed by Israel during the Great Return March demonstrations in Gaza. A majority of those killed were refugees, displaced from their homes during the 1948 Nakba – the expulsion of 700,000 Palestinians from territory which became Israel. This visual highlights their villages of origin.