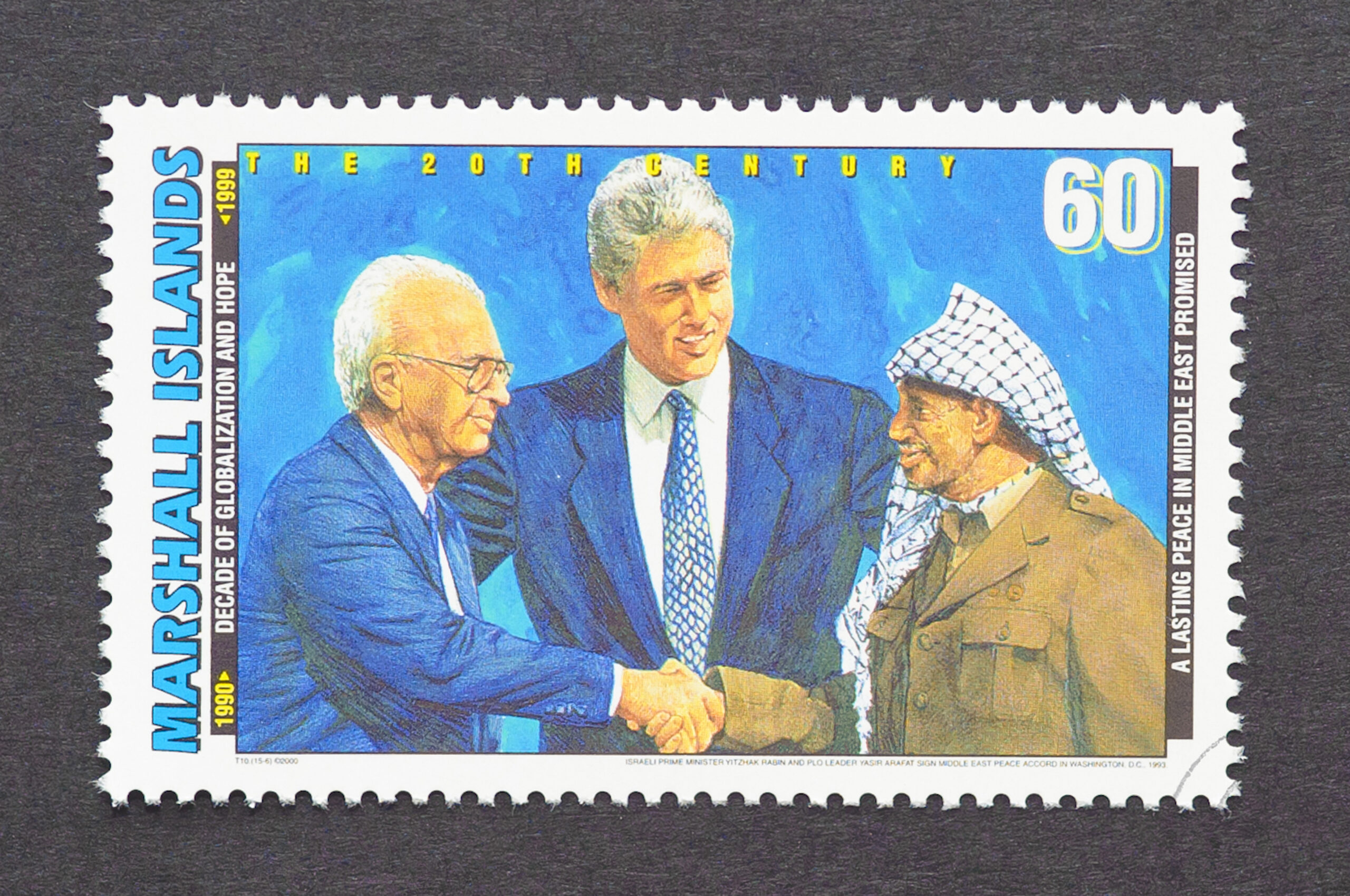 The Oslo Accords are a series of agreements between Israel and the Palestine Liberation Organisation (PLO)1 signed in the 1990s as a result of secret meetings between Israel and the PLO. The negotiations behind the Accords were a by-product of the Madrid Conference, which was initiated in response to the First Intifada. The process of negotiations was launched at this time as a way to manage and gain back control of developments on the ground amidst heightened unrest. The Oslo negotiations did not involve any Palestinian representatives from the Occupied Palestinian Territory (OPT), which was seen as a significant in-built flaw.

Oslo I (the Declaration of Principles on Interim Self-Government Arrangements) was signed in Washington, D.C. on September 13th, 1993 by Israeli then-Foreign Minister Shimon Peres and then-PLO officer Mahmoud Abbas. The document set up a timeline for an Israeli-Palestinian peace process and a plan for a self-governing Palestinian interim body, which became known as the Palestinian Authority (PA)2, which would ostensibly lead to an autonomous Palestinian state. However, another major flaw of the agreement was that Palestinian statehood was not mentioned. Oslo II (the Israeli-Palestinian Interim Agreement on the West Bank and the Gaza Strip) was also signed in D.C. on September 28th, 1995, and details Israel’s withdrawal of soldiers from various Palestinian cities and towns.

The main points of both accords together were: for Israel to withdraw from Jericho, Gaza, and the West Bank; to provide limited autonomy for Palestinians in the OPT; to facilitate a Palestinian Legislative Council (PLC) election; and to establish a Palestinian police force.3 The Accords apportioned different areas of the West Bank (A, B and C) with differing relative degrees of Israeli and Palestinian control.4

Fundamental omissions were made during Oslo. The Accords did not mention crucial points such as the status of Jerusalem, the right of return, water, settlements, and Palestinian self-determination more broadly. There was also an uneven recognition: the PLO recognised Israel as a state, but Israel did not recognise Palestinian statehood. To this day, many of the points that were agreed in the Accords upon have not been brought to fruition.